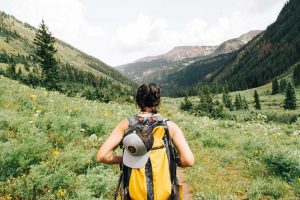 The ST8 technology represents a *quantum leap* in expediting critical lymph stasis. It significantly reduces the potential for healing crisis by placing the super-oxygenated oxygen molecule directly at the lymph stasis target site without the risk of creating damaging free radicals in the body. The ST8 is an effective technology for overcoming critical-care lymph stasis… and it avoids the pitfalls of high voltage gas-ionization, as high as voltage gas-ionizing units produce non-penetrating, surface ionization that may contribute to toxicity at certain output levels requiring EPA monitoring.

According to Dr. Rirna Laibow, M.D, protein structure in living, healthy tissue is always in a state of alignment. This is most evident in the tissue that holds the body together where the alignment of collagen fibers is stable. However, protein structures break down as cells die or are damaged. These waste proteins are easily removed by a healthy, functioning lymph system but when the lymph system has become congested or even clogged, it can no longer efficiently flush these wastes and these useless proteins become trapped in the interstitium (the area between the living cells in connective tissue).

These non-functional proteins have the same electrical properties of attraction as functioning proteins though as they organize their structures are completely random and characterized by instability. This becomes a fibrotic condition of the interstitium. The instability of these non-functional proteins causes them to attract water and hold it via electrical bonding resulting in swelling and further congestion. This becomes edema with a clogged lymphatic system continuing to fill with waste proteins and other toxins and as organs loose their ability to remove waste through the lymph system all kinds of pathologies can occur in the body.

Using extremely low current, cold-gaslight photons, the ST8 a beneficial photon-field environment around the cell in which the cell can correct the electromagnetic charge. No longer characterized by instability as the cell’s field is now balanced, these non-functioning proteins separates from their pooling, random structures and release the collection of water they were holding, restoring natural lymph fluidity and greatly enhancing the delivery of waste material to the organs and nodes responsible for waste elimination.

Healthy tissue protein structures do not attract water as they are already in balance; and because they are already in balance, they ignore the energy the ST8 presents. With these random protein structures broken up and released from their bonds to water, a lymph therapist can now work with more pliable tissue. The tissue has returned to a state of free-flow, the ideal condition for effectively swollen tissue.

The ST8, because it is working with the quantum scalar, takes the super-oxygenated oxygen’s “energy signature” and delivers that energetic signature directly to the targeted area… directly to the affected cells, which will choose whether to accept or reject the ST8 incoming frequencies. Cells are selective and will naturally choose only the vibratory rate required to put themselves back into balance.

And since the super-oxygenated oxygen is transmitted to the cell at the quantum energetic level through the field rather than through the body at a material level, side effects are non-existent. Like a homeopathic remedy, which also uses the energetic signature of a material rather than the material itself (though unlike a homeopath, the ST8 applies that energy directly to the affected site),there is a cause and effect benefit without the introduction of physical material available to help create them… only an energetic signature of the physical material is present.

The ST8 was created using the Max Planck Institute’s (Germany) premise of injecting ozone into tumors of critical care patients. When ozone was injected, the tumor turned to mush. The disease was devitalized, as it could live in an oxygenated environment. Using this principal, researchers took the idea of injecting ozone into the body and combined it with quantum scalar technology, thus energetically carrying the oxygen’s information to the field and the body and present it at the cellular level. With the ST8, the energetic signature of the super-oxygenated oxygen is introduced at an energetic level so cells have the opportunity to return to a normal, healthy state… armed with the right energetic information to bolster the immune system.

When coupling good medicine and super- oxygenated oxygen to support tissue detoxification, the body has a grand opportunity to recover from – and prevent-many serious illness. Applied evidence supports the fact that extreme metabolic stagnation commences to disassociate upon presentation of energy produced by the ST8 with no adverse side effects.

Dr. Dean Silver, in summer 2001, discovered he was suffering from T-Cell Lymphoma and “loaded with toxins and lead and mercury and insecticides”. In summer 2002, after foregoing chemotherapy and biopsies in favor of a program “religiously” using the ST8 in conjunction with dietary changes, immune enhances, enzymes, etc, Dr. Silver had “no more lymphoma signals”.” My energy level picked up; I got the lead out.. Immune function was sky high; killer cell function was sky high; felt pretty good… I’m clean now”. At the Sixth Annual International Conference of Bio-Energetic Medicine, Dr. Silver called the ST8 groundbreaking science” and said, ” the way I see this is ,I don’t think antioxidants did this. I don’t think [my other medications, the enzymes, etc] did it. I really think this medicine did it… I really think this the way to get toxins out of people… and I think a lot of us are missing the boat… How do my lymph nodes clear up in a year? I think it [the machine] really works”.